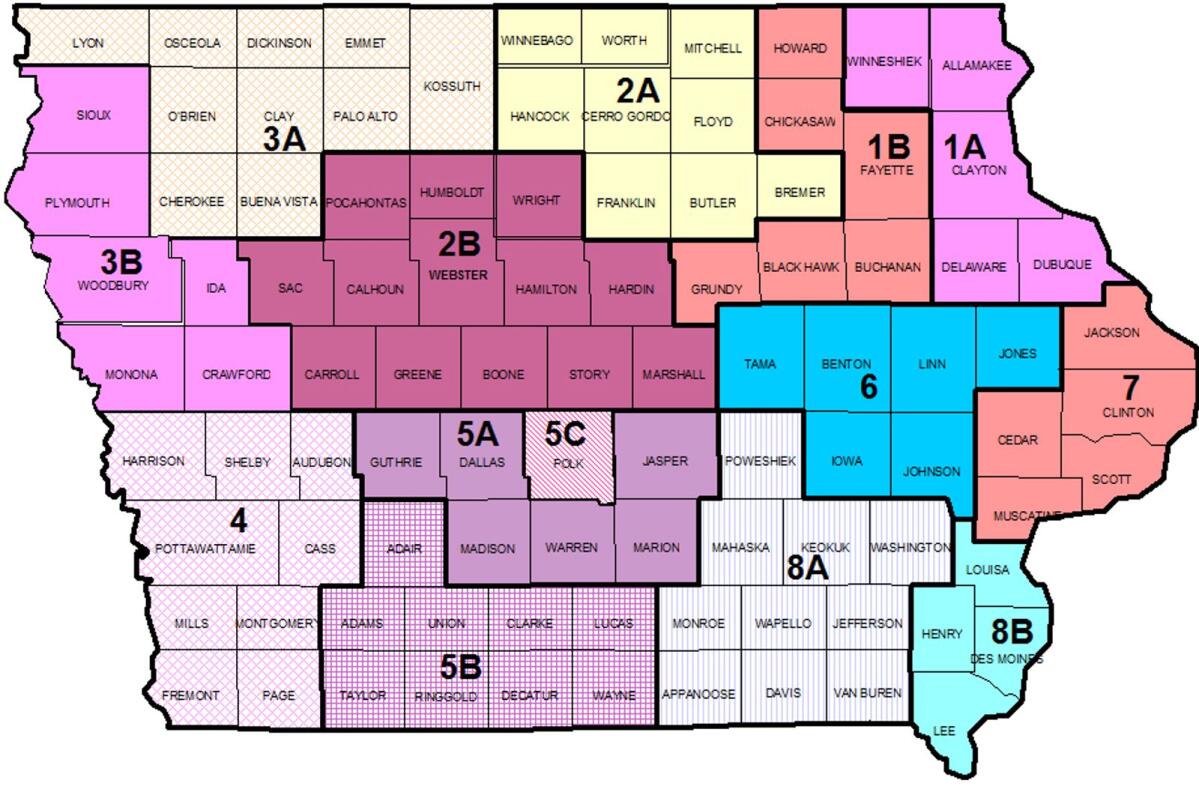 Iowa courts now have a time- and cost-savings option of an informal trial process for individuals who can’t or don’t want to hire a lawyer for a divorce or for a paternity or child-custody issue.

“Most don’t have an attorney because of the expense and others because they don’t feel it’s necessary for their situations,” Hoover said. “This process funnels the self-represented people with fewer complicated issues to resolve disputes quickly and simply.”

The Iowa Supreme Court directed the court districts to start offering the informal trials earlier this year to meet the demand of more people representing themselves, which has doubled in the last year or so.

Hoover said unmarried parents who have custody issues, those wanting a divorce — with or without children — and individuals with paternity issues can opt in for this type of trial. There are less formal rules to follow than a traditional trial, which still is available to those with attorneys.

The self-represented individuals are identified by the court after 45 days from when they file for a decree and then they are contacted to set up a time to talk about this option and what forms need to be filed to get started, said Lori Schoon, case specialist with the 6th Judicial District court administration in Cedar Rapids.

Schoon explained her job is to guide those individuals through the process and help them file the correct forms needed for each step to get to the trial.

This frees up the judges’ time because they were the ones who had to respond to these forms submitted, which most of the time were filed incorrectly or out of order and then a judge would reject it and the filers would have to start over, Schoon said. That can be frustrating for these folks already in emotional and stressful situations, Schoon prevents this from happening by shepherding them through the system.

Hoover said Schoon can’t offer legal advice but can explain the process and advises them on what forms they need to fill out and in what order, while providing “some consistency in the way it’s handled.”

“It has become my full-time job,” Schoon said. “I usually have anywhere from 35 to 56 a week,” which includes all counties.

Usually the biggest concern for those involved is time — wanting it done now. And they want to decide their own child support, which isn’t up to them.

Most do this because of money or out of respect for the other, Schoon continued, and some believe involving a lawyer can make it more controversial.

Schoon said many are open to this process from the beginning. She sends letters to explain the option and most respond.

In the informal trials, the judge will ask the necessary questions and guide the presentation of evidence based on the law, Hoover said. They are limited to each having two witnesses and they can submit up to five affidavits of testimony from others and the judge will decide whether those should be considered.

If there is any need for an experts, the litigants can ask for them to testify and be questioned by the judge or they can submit a report to be considered by the judge.

“The judge will decide what is relevant,” Judge Hoover added.

“These are conducted sort of like small claims trials, where the judges do the questioning and knows what’s allowed in the law. The judge remains neutral and is fair to both sides.”

Hoover has been dealing with people who self-represent for many years.

One of the big benefits of choosing the informal trial option is that each person can speak directly to the judge and no one has to worry about formal rules that in a traditional trial can limit what a person can say, Hoover said. Other benefits are time and money.

People typically can wait a year or so before having a traditional trial because civil matters are lower priority than criminal cases, and those are more complex, Hoover said. Those trials can last one to three days.

The informal trials are set for half a day or less, Hoover noted. She had one earlier this year that was completed in less than two hours. The judge may decide the case the same day or possibly longer, but the entire process, including trial, could be wrapped up within three or four 4 months.

Schoon said there have been seven trials, so far, and the others turned in settlements.

“It’s been an eye opening, rewarding experience,” Schoon said. “I get more thank yous than I ever imagined.”

The option of the informal trials started in January for Linn County and the other counties in this district — Benton, Iowa, Johnson, Jones and Tama began in February.