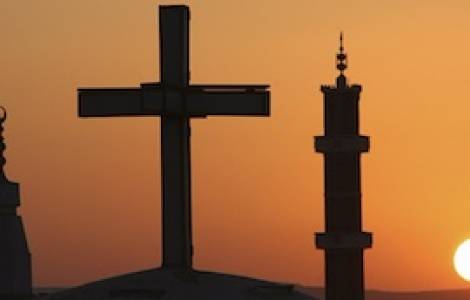 Cairo (Agenzia Fides) – The new law on the personal status of Egyptian Christians, which has been awaited for decades by the Coptic Orthodox Church and the other Christian churches and ecclesial communities represented in Egypt, may be passed during the next session of the Egyptian parliament. The indiscretion on the forthcoming parliamentary approval of the draft law, which also includes provisions on sensitive issues relating to family law, was expressed by parliamentarian Monsef Suleiman, legal advisor of the Coptic Orthodox Church. Recently, Suleiman announced the completion of the legislative text revision that has been underway for some time at the Egyptian Ministry of Justice. The revision process was carried out in the course of 16 working sessions at the Ministry, which brought together experts, officials from the Government Department and representatives of the various Christian denominations, summoned by the civil authorities in order to examine the wording of all articles of the bill.
The legal advisor of the Coptic Orthodox Patriarchate informed the Egyptian web portal Masrawy that soon the revised draft of the text will be sent to the Council of Ministers, which in turn should submit it to the control of the Council of State, in order to then forward it to the House of Representatives and submit it to the parliamentary vote, which confirms the final approval and sets the date of its entry into force. The involvement of the Christian Churches present in Egypt in the long process for the drafting of a new law on personal status had already begun in 2014 (see Fides, 22/11/2014), by the then Transitional Ministry of Justice. Already at that time, the government body had submitted a draft of the law to the leaders of the various churches with the request that they examine the text and submit their own reflections on this subject. The time required for drafting the draft was lengthened especially due to the negotiations aimed at guaranteeing the formulation of a text which takes into account the existing differences in matters such as separation and divorce, which are regulated differently by the various Christian denominations. The draft of the unitary legislative text, drawn up by mutual agreement by the representatives of the various churches and ecclesiastical communities, was handed over to the government authorities on October 15, 2020 (see Fides, 16/10/2020) (GV) (Agenzia Fides, 6/7/2021)