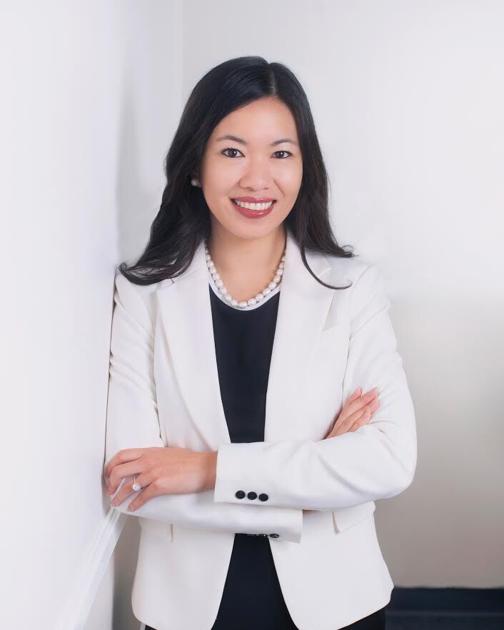 So, you want to be an attorney but you’re not sure what kind of law you should practice.

Let experience be your guide.

“My personal experience of going through a divorce I think is what educated me the most,” said Yang, who graduated from the University of La Verne School of Law. “In law school a lot of people think you pick a major. They think, ‘I’m going to major in business law,’ or ‘I’m going to major in criminal law.’ But it’s not like that. All lawyers go through the same educational procedure. They don’t pick a profession until after they graduate and pass the bar exam. There really are no additional courses or anything a lawyer has to do to become a specialized attorney.”

Yang admitted that’s probably a strange concept to anyone on the outside looking in.

Yang said she started out working as a patent attorney, but that life experience took her into the arena of family law, mainly being a divorce attorney. And she added law school didn’t teach her most of what she uses on a day-to-day basis with her clients.

“A lot of the skills that are required are more like soft skills, like being a good listener, having compassion, having the patience to hear someone’s victim story or their sob stories, having compassion or kindness toward their children and understanding how a court order is going to impact their families,” she said. “It’s not stuff that’s taught in law school. It’s emotional intelligence.”

Yang also said just acting with compassion is something that really helps her work with her clients, adding again compassion is definitely not stressed in law school.

“Communication is important,” she said. “Being able to repeat back to a client what we’re hearing them say. We’re kind of acting in a therapist’s role. We’re there to listen to them rather than give advice, because often times that’s what they want. They want someone to vent to rather than having someone tell them what to do.”

And while it seems women would be better suited in her role than men would be, Yang said that’s not always the case. She said it has to do with “feminine energy versus masculine energy” as opposed to female versus male.

“Regardless if they’re female or male, if they have stronger feminine energy, which comes with the compassion, the patience, that would make them more fit for this role,” Yang said, adding while she definite has plenty of feminine energy, she can also move into her masculine side when she needs to.

“My strongest suit is adaptability,” she said. “I’m able to shift between the two energies, I’m able to come from the softer side and show a lot of compassion. But I’m also able to help facilitate communication between the parties and help them settle their cases and get them to

realize the impact they’re having on their children when they continue to fight. And if I need to go to court I can bring out my masculine energy and be aggressive, bring out all the arguments in front of a judge and do whatever it takes to win the case.”

And listing adaptability as her strong suit, Yang said again that comes from experience.

“I had an unstable childhood,” she said. “I went to three or four different elementary schools, two different middle schools before settling in. It was constant change and constant having to adapt.”

And what doesn’t she like about her profession? Yang said it’s actually when she has to go in front of a judge.

“I don’t like the uncertainty of going to court,” she said. “I’m not a gambler. In a court hearing it’s a gamble because you have no idea who the judge is, whether they’re having an on or off day, and some of these judges we’re in front of have never practiced as a family law attorney. It’s such a gamble. Between mediation and litigation, I would always encourage mediation.”

Persons who would like to discuss any aspect of Family Law can phone Law and Mediation Offices of Elizabeth Yang at (877) 492-6452 or log onto www.yanglawoffices.com.